Mac King, the Kentucky-born entertainer always wanted to be a magician. His grandfathers were both amateur magicians. King’s first paying gig was a birthday party when he was just 10 years old.

During his summer breaks from college, the funnyman performed magic three times a day. After graduating with an anthropology degree, he hit the road and performed at comedy clubs worldwide. He appeared on several NBC TV specials and broke a Guinness World Record – all without harming one single goldfish.

Mac King has been an incredible supporter of the families at the Ronald McDonald House, from raising funds at his show or cooking dinners for our families. For more information on his show, click HERE.

Click HERE for an easy pizza night recipe for the whole family!

Thanks to Blade & Tine Culinary Consulting for providing this amazing cooking class for us!

After 25 years in the restaurant industry, Jason & Heather Hernandez decided to change direction and start a culinary company to share their experience with as many people as possible. They continuously learn and share new trends and flavors and look forward to introducing those to their clients.

For more information, visit their website, www.bladeandtine.com, or look them up on social media at @bladeandtineculinaryconsulting.

If you (or the kids) like pirates, you’ll love this next video! Listen in as local actor and writer Joel Ruud tells the story of two kids who join a pirate for an adventure at sea! And if you enjoy the story, you can reach out to Joel directly to buy your own copy at joel.m.ruud@gmail.com.

The one and only princess Elsa joins us tonight to read you a story about how Anna & Elsa scramble to put together a last-minute birthday celebration for Olaf, the special snowman in their life, but things don't go as planned!  Thanks to local actor Ellie English for her wonderful performance as Elsa! 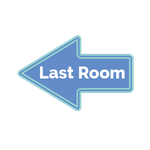 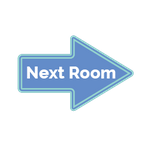 THANK YOU!  We loved hosting you at the House for our largest fundraiser of the year.  Your support means so much - all to provide a 'home away from home' for RMHC families.  Thank you!